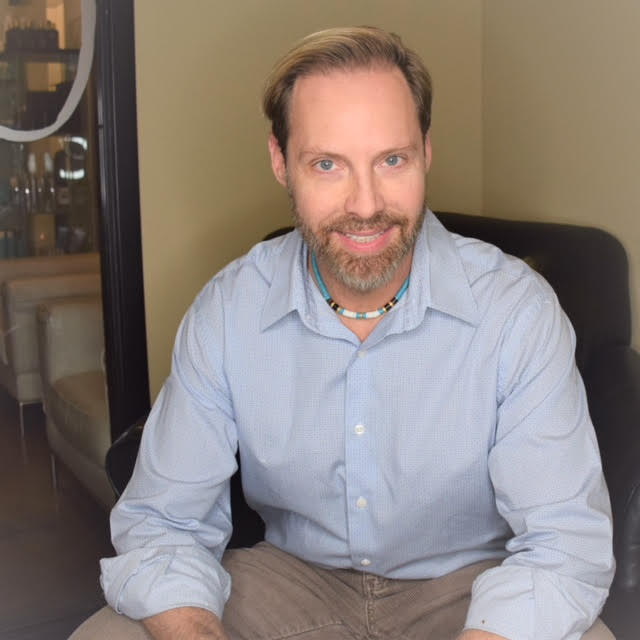 As a native of St. Louis, James Mitchell has been a hairstylist since 1993 and has owned Mitchell James Salon for just under 20 years. He loves being at the helm of an eclectic, full-service salon with over 20 talented and specialized team members. A big fan of changing looks and communicating a good consultation, he prides himself in continuing education at out of town destinations such as Vidal Sassoon, Toni and Guy, Bumble and Bumble institute, and the Unite academy, just to name a few. Being an advocate for continually learning and perfecting the craft of hair design, James encourages and supports continuing education for all his team members.

When not behind his styling chair, James enjoys being heavily involved in the non for profit sector, especially animal rescue. He and his partner, Mike, have rescued just under 300 dogs in the past 11 years. James also manages his online clothing resale retail store which generously gives to various charities including animal rescue.

James specializes in razor cut and freestyle, luscious body waves, and masterful color, only using the Redken hair color system because it is made in the United States and it is chock full of protein, both are very important to him. Customer service is also of the utmost importance him and why he maintains a full-time schedule, he says, “I hope you will find the service you are looking for with one of our many talented team members.”